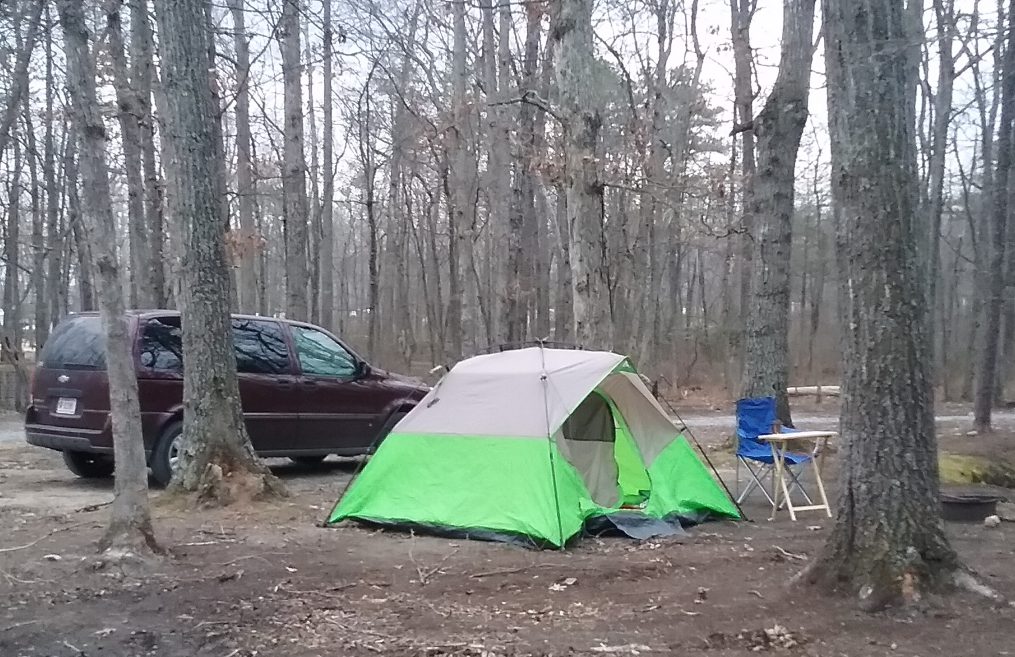 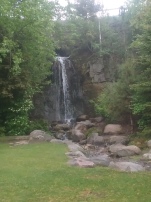 Driving across northern Michigan, I came across some old familiar names. Stoney Lake, rings a bell but I don’t know why. (There’s a Lutheran Camp there, did I go to it?) Interlochen, home of a famous music and arts camp. Boyne Mountain. I think I went skiing there once.  The city of Petosky. Home of the famous Petosky stone.

It was a dreary, foggy morning, but I wanted to get some more pictures of the Lake. Petosky is on Little Traverse Bay but still….

I ended up in Bayfront Park, a city park that includes a marina. 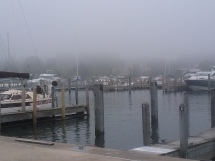 It also has a 23-mile bike trail running through it, going around the bay from Charlevoix to Harbor Springs. The Little Traverse Wheelway. 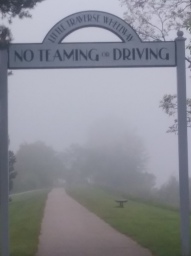 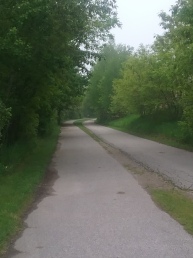 The park is amazingly beautiful. The waterfall above is just one of the elements. Here’s another. 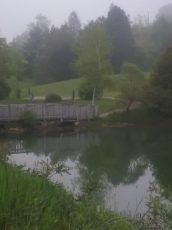 There’s a bridge over a creek. 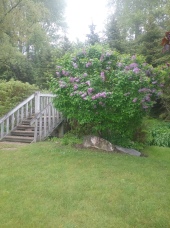 This stairway goes up to the highway above the park. Yes I climbed it! 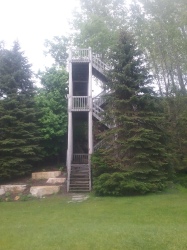 The pond along the bikeway. 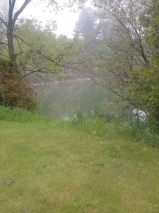 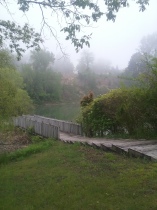 Some of the structures were lovingly built by the residents of Petosky (Petoskians? Petoskyites?) 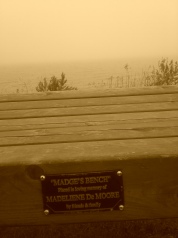 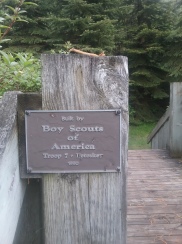 And of course there’s the birds. We always referred to them as seagulls, but maybe they are lakegulls? Anyone out there know for sure? 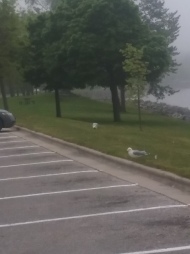 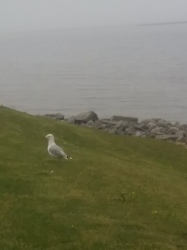 I’ve been trying to conserve money, but Walmarts are few and far between in this neck of the woods. Ah! There’s one in Cheboygan.  (Cheboygan was always one my favorite words to say, hehe)

One thought on “By the Bay”